"We have a Labour ‘movement’ in Scotland which deserve a rapid death. There can never have been a point in time when the Labour Party in Scotland was quite as dreadfully, pathetically pitiful. It has a leader that everyone knows is there on the basis of the ability to take instructions.

Its loudest voice appears to have been given to a young careerist by the name of Richard Baker who has decided that self-righteous drivel about ‘knife crime’ and ‘soft on crime’ is how it is going to win in Scotland. It has a ‘health’ policy which would oppose Aspirin if the SNP supported it. This party has become a juvenile, reactionary, third-rate, witless and talentless sack of nonentities with no vision, no principles and nothing to say worth listening to.

There are those who think that a decent leader would be all they need to ensure a win in the 2011 election. The fact that there is not a single candidate in the entire Parliamentary Party is telling. That the main choice of the ‘commentators’ was until recently Jim Murphy MP shows just how dislocated from reality the whole scene has become – when he was put head-to-head with someone other than the Daily Record and actual people (not the Daily Record version of ‘actual people’) were asked to rate him, only five per cent thought he was any good. And that’s their best hope? There are still good people in Labour, but they’ve largely given up."


Given all that can the SNP score on an open goal, at the moment it does not look good.
Posted by Key bored warrior. at 11:04 1 comment:

Email ThisBlogThis!Share to TwitterShare to FacebookShare to Pinterest
Labels: Labour 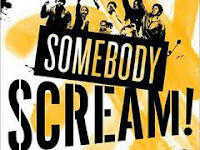 If you shop at the Co-op in New Addington, Croydon, think very seriously about giving them your money again.

A soldier returning from Afghanistan had been back in the country for about an hour when he popped in to buy a few beers. The cashier and manager refused to serve him because he was in uniform.

...when he arrived at the till to pay he was met with a blank stare from the cashier, who refused to serve him and called for her manager.

When the manager turned up he told him he 'couldn't do anything about it' and refused to serve him while he was in uniform.

'It was great to be home after a difficult journey and I just thought I'd grab a couple of beers - a luxury I hadn't had in a while.

'But when I came to pay the cashier refused to serve me and rang her bell. A male supervisor came along and the cashier explained she was refusing to serve me because I was in uniform.

'He looked at me and said "I can't do anything about it".

'I put the beer down and walked out.'

Anthony, who joined up when he was 17, said it was 'tough' in Afghanistan and that he had witnessed the death of one of his best pals, Sapper Daryn Roy, who died at the age of 28 in an IED explosion in May this year.

He added: 'It's really tough out there. Sometimes the only thing that keeps you going is the support and love from home.

'I appreciate the Co-op cashier may have had her own opinions about the war, but we are just doing a job and laying our lives down for this country.

'A little respect and appreciation would be nice.'

A Co-op spokesman said the incident had been a 'genuine mistake on the part of our two members of staff' and apologised for how Anthony was treated.

That's not good enough - not by a long way - and it isn't the first time it's happened. A pernicious virus has infected the country and it will take more than a change of government, particularly this government, to change attitudes that have been inculcated. In fact, I doubt we'll ever see the real, decent, neighbourly, commonsensical England again. Those who have infiltrated the country's institutions and infrastructures and now run it from within are quietly contented with their dystopian handiwork.

UPDATE: This is the response I had from the Co-op when I emailed them earlier at customer.relations@co-op.co.uk

The Co-operative Group responds to all enquiries as quickly as possible.

We appreciate that some enquiries may require urgent attention and if you need to discuss the matter with one of our Customer Relations Team at this time please call our Freephone Customer Careline on 0800 0686 727. When calling please ensure that you mention that you have previously sent an email so that this can be referred to at the time of your call.

Our opening times are as follows :-

So, it's nice to see they're on the ball.

Well GV, it seems to me a programme of boycotting every Co-op in the land until the most grovelling apology ever issued is made.

And the same boycott should be made of any and every establishment that dishonours our armed forces in this fashion!

We should run a campaign. Get people to write to the CEO and tell him/her that we will not use their shops until the two gibbons are fired and they have sent the squaddie a case of beer.

At war's end England had a highly cohered, technically advanced society. Our society - for it is ours - has been smashed to pieces by a few dozen politicians.

Make no mistake, Parliament is the enemy of the English Nation.

An absolute bloody disgrace - but just take a look at the origins of the Co-Op movement - socialist to the sodding core.

They're f*cking useless anyway, so boycott or not, they won't see this recession out, thank God.

Head office email is:
customer.relations@co-op.co.uk
and I think an email is the least we can do.

A Co-op spokesman has said it isn't the store's policy, so it could be a personal preference on the part of the cashier and the manager at New Addington.

This isn't an isolated incident and our AF should be able to go anywhere in their uniforms without being harangued by ill-educated thugs.

"An absolute bloody disgrace - but just take a look at the origins of the Co-Op movement - socialist to the sodding core" ...

Which is why I never have & never will spend a single penny of my money in any branch of the Commie Co-Op ...

As an ex soldier this has angered me beyond belief. I have a local Co-op which I have used at least four times per weeek. Not any more they can fuck right of. And I will be e-mailing them to say so. Soldiers endure enough shit without these fucking arseholes behaving like little Hitlers.