GREED AND ENVY. AND LABOURS LIES 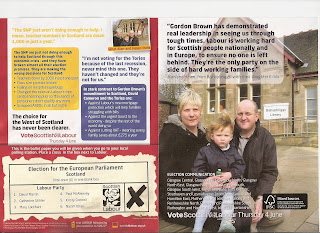 So much going on today. I was in the workshop lifting the engine out of my Landie listening to the football on Superscoreboard, it was exciting stuff as Rangers take the league. At halftime I popped into have a cuppa and see who was winnignthe GP, then back out to continue skinning my knuckles on the Landie, not a complaint as I am finding it all very satisfying.

BUT. I cannot get politics out of my head, not least because some cowardly piece of shit slipped a Labour leaflet through my letterbox with a pack of lies on it. That will be dealt with next week as I intend going to see the culprit.

So I switched on the lantern to read the blogs and the papers, I found my self nodding vigorously in agreement with Rosie on remuneration for the pig farm, and then followed her mention of the McWhirter article on a similar vein.

To carry on with the theme, it has been noted that there now seems to be a chattering taking place which says that our discredited and arrogant MPs must be paid over the salaries afforded to GPs. If we are now being asked to accept that MPs are worth more than GPs I for one beg to differ. The present salary of our MPs of some £64,000 appears to me to be very handsome indeed, considering that they are accountable to no one for there performance, until election time when they send out minions to stuff letterboxes.

They should be held up to the heat of the market forces furnace as they dictate for others and introduced to performance pay. So for example the likes of Mr Martin representing the one of the poorest and most deprived constituencies in the EU would be paid in line with the average wage of his constituents. Providing him with the incentive to improve there lot and not allow them to fester as has been done to to many of Scotland's working classes.

If they want to be paid on a par with their rich city spiv friends then let them show how they will earn it and verify that earning.

THE PRESENT SALARIES EARNED BY MPs IS QUITE ENOUGH......... IF THEY DON'T LIKE IT THEN LET THEM GO AND EARN THAT MONEY SOME WHERE ELSE AND LET IN TO POWER PEOPLE WHO ARE WILLING TO WORK IN AN OPEN AND HONEST WAY UNCORRUPTED BY GREED AND ENVY, OF THE SPIVS AND SPECULATORS IN THE CITY WHO HAVE CONNED AND BUGGERED THIS COUNTRY.

Who the hell is going to pay that kind of money for these corrupt pigs to do what?
Posted by Key bored warrior. at 15:34 3 comments:

SOME LITTLE PIGGIES DON'T KNOW WHEN TO SHUT THE F***K UP. 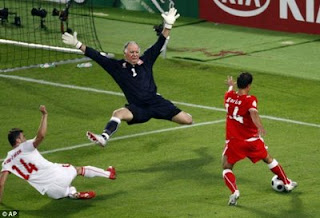 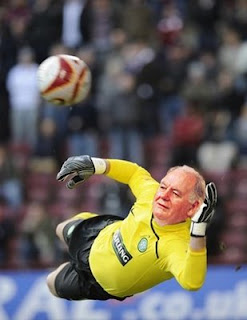 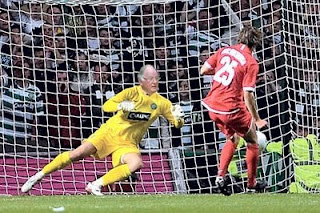 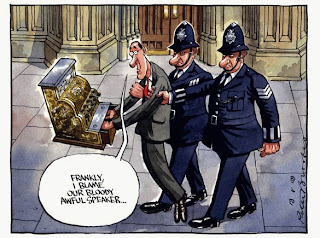 A recent derailment of a train from London was caused by a venting of public anger, such has been the force of that anger that THE BISTO EXPRESS floundered of the tracks and bewildered and distressed politicians have been found wandering around covered in gravy, dazed and confused muttering "it was the rules that were wrong." Some of them were waving cheques around desperately trying to reserve their seats for future journeys. Margaret Beckett said on Question Time, "LISTEN," but no one would. She is of the view that WE do not understand. OH YES WE DO. Another BISTO KID said that he needed a trouser press because he liked to look smart.

The arrogant supercilious Beckett, who looks at people she feels the need to be condescending to as if they have just farted, said also that they need to claim for food because if you work at Westminster as a politician the chances are you will be eating out in restaurants. Well whipiteedooda and whoopee for you Beckett. And there was me thinking they had subsidised restaurants in Westminster. I can excuse people many things, even bearing a likeness to Geronimo's horse. But her sneering arrogance is inexcusable.

I worked for a time as a truck driver moving freight all around Europe. The IR have very specific rule how much you MAY be paid to compensate you for expenses and the fact that you are kipping in your bunk in your truck, and it is not very much. However if you are an MP you seem to be exempt from the attentions of the IR.

Many people in this country travel vast distances on a daily basis to get to work, AT THEIR OWN EXPENSE, and take sandwiches with them as they cannot afford to do otherwise. I am from the North of Scotland. I know of people who travel as much as 100 miles per day to get to work and do a 12 hour shift. They do not get the luxury of second homes, they can barely afford to run one.

Our forces who are in the news to much due to being killed in illegal wars and in the lack of decent modern equipment, spend months at a time away from their main homes and get paid a pittance for it. Even the homes they are provided with at base are pathetic, and badly maintained, which they have to pay for out of their meagre wages. They get very little tax relief for being out of the country also. And guess who decides what they get rewarded with? Yes the very pigs who are now wailing like orphaned lambs.

It has occurred to me on more than one occasion that this necessity for MPs to be in Westminster is now a load of old bollocks. We have split the atom and sent men to the moon. The communication technology available today is mind boggling and changes by the day. If it is so painful for these bleating martyrs to work away from home, then let them work from home, how civilised is that? It would be cheap at twice the price to have video conferencing built into their homes to allow them to perform their parliamentarian functions. Including voting.

Voting would be much more representative as members would be out of reach of bullying whips.

Attendance would then be electronically logged and they could be paid on the time that they spend logged in and by submitting monthly time sheets along with expenses, ON LINE, transparent immediately ON LINE, so that we the employers can see what they have been up to. Every expense paid, even 39p bath plugs must be accompanied by an official receipt. Compulsory live web cams can be set up in their office to verify what they say they are doing. In that way mothers who have young children could easily become MPs, so making parliament much more representative with many more women in attendance. Westminster can be turned into a themed hotel where clients can be attended to by wee fat ugly men in wigs and tights. Ordure! And whipped accordingly.

The scandalous revelations has now created the right time to introduce this modern democratic transparent method of governance. Foreign trips need not take place as all research can now be done on line, so doing away with expensive junkets.

This would work for Holyrood and the EU. An online work sat nav can show the specific location of every MP and what they are doing, every minute they claim to be on duty. This can be live along with the web cam feed. If they don't use it they don't get paid.

Hourly salary rates should be linked directly to the average wage of their constituents, so that people like Mr Speaker are provided with an incentive to improve the lives of the people who employ him.
Posted by Key bored warrior. at 10:48 2 comments:

There will be a pause in transmission from this call sign for a while as I am under pressure to meet a restoration deadline with my Landie 90 and my VW Type 2 bus. I also have another project in the shape of a 1965 Harley. I may however drop in from time to time to see how things are going and drop the odd comment or two. Keep on blogging, and don't let the barstewards grind you down.

Email ThisBlogThis!Share to TwitterShare to FacebookShare to Pinterest
Labels: PAUSE.

Proof if ever we needed it what supine runts the editors of our papers are and the odious BBC. Runts Rosie ;o) but you knaws what ah means.

But Britain isn't a police state or anything like one. In real dictatorships people suffer for their beliefs. The only true suffering Brown has inflicted is on Britain's idea of itself. We think of ourselves as a free, plain-speaking people - "a nation not slow and dull, but of a quick, ingenious and piercing spirit," as Milton said. Yet we accept a PM who achieved power not through the ballot box but by bullying his critics and rivals. As with any other bully, all it would take to stop him is for his opponents to call his bluff. That for years hardly any have, says more about us than it does about him.
Posted by Key bored warrior. at 22:08 5 comments:

IS MADDOX A CUNT?

Just read SNP Tactical Votings post on AMWs post calling Maddox a cunt. A post which I entirely agree with and would urge him to leave it where it is, as there now seems to be a small number of people wishing he would take it down.

When you consider this post against all the other stuff you can read on blogs from all over the planet, it is mild and entirely justified. Maddox has to be one of the worst and the most biased people employed as a journalist on the planet.

His anti SNP Labour press release articles are a joke, as is the paper he is now employed by.

I think that there is some petty jealousy involved in SNPTVs comments. AMW is a very well written blog as far as I am concerned and attracts a lot of comments and debate. Which one is the better is a matter of opinion, but I do prefer the bolder style of AMW.

I wonder what all you pious goody two shoes make of this anti Scottish blogger.

What a huge pity it would be if Maddox and his unionist apparatchiks were able to moderate and censor the blogosphere the way they do on The Scotsman forum. Just take a look at the comments section on this story and see what goes on. In particular look at the Grahamski agitator who was so instrumental in the hate and venom on the old Herald forum and was subsequently banned from there. And they have audacity to make this story a Premium content story, what a bloody joke. Maddox you are indeed a cunt.

It is reminiscent of Lard Zebedee Foulkes, the most ignorant politician in Holyrood complaining about "Cybernats," as if he or any of his unionist cohorts never ever made any diparging remarks. His loutish behaviour in the Holyrood chamber are no example to any one on how to conduct your self.

Go for it AMW, and good luck to you. You have the complete support of this Cybernat.
Posted by Key bored warrior. at 15:41 11 comments: